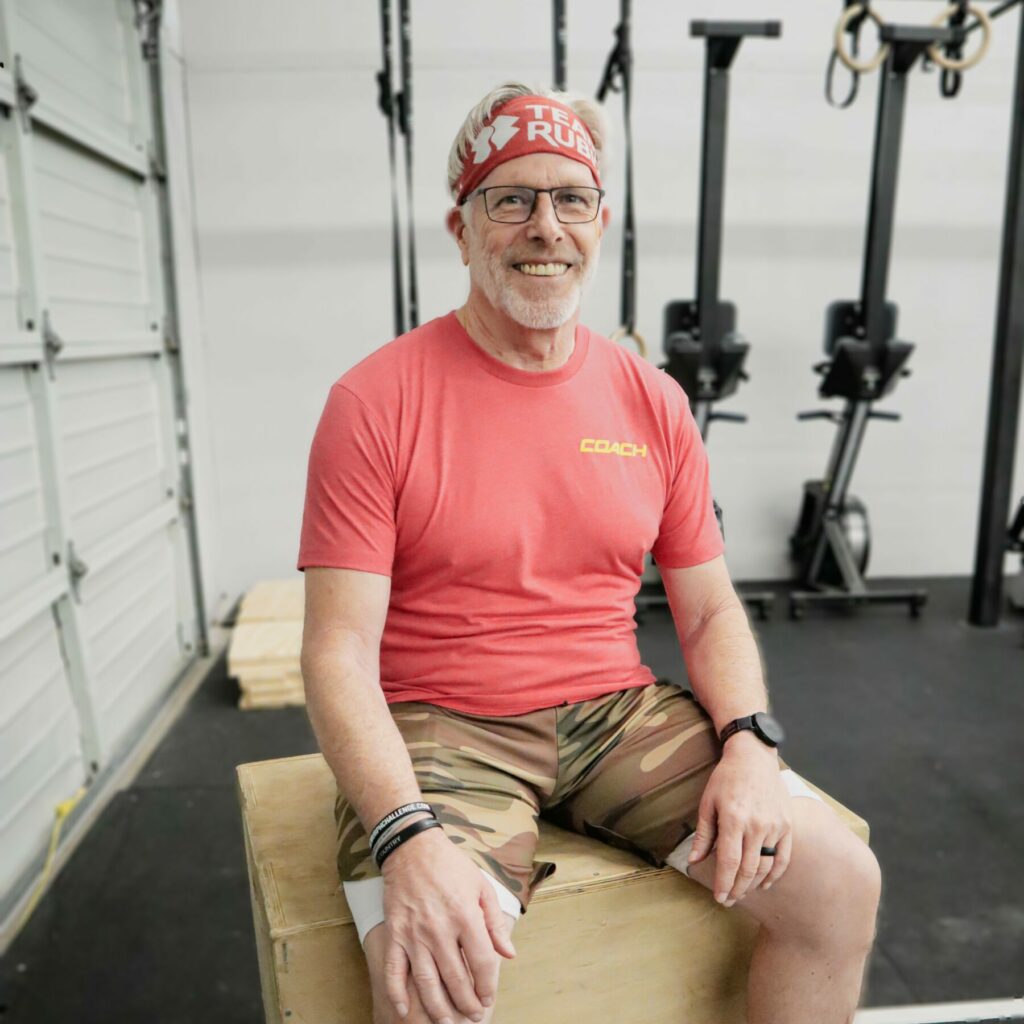 My CrossFit journey began in September 2013. I had been retired for a year and knew that I needed to do something to keep from turning into a couch potato. After I walked in the door of my first CrossFit box, for the first time, I knew I was had made the right decision. It took a month to work up enough nerve to open that door, but I have never looked back. I was 63 years old when I began CrossFit and has changed my life.

Along with becoming stronger and more fit, my passion for instructing and mentoring had come to the surface. After my first year of CrossFit, I passed the Level 1 certification and began coaching as well as helping start a senior fitness class (SiverFit, now the Legends class). I coached/trained until August 2017. I wanted to focus on another passion of mine – Team Rubicon. I had been selected to be the first City Administrator of the first Salem/Eugene Metro area team.

Team Rubicon is a veteran led, disaster response organization, that utilizes the skills and experiences of veterans and civilians to help communities prepare, respond, and recover from disasters and humanitarian crises. I joined Team Rubicon in 2017 and my first deployment to a disaster was in October, 2017after Hurricane Harvey in Houston, TX. It was hard work, mostly mucking out houses that had been flooded a few weeks before. I found that my physical condition was better than several of my younger Team Rubicon members (Greyshirts) that I was working with. Most could not believe my age and the shape that I was in. I have been able to inspire, mentor and support older Greyshirts to stay active and be proactive in their physical health to better serve the homeowners we help on their worst day after a disaster.

I am now back coaching/training at Hub City CrossFit, along with my duties with Team Rubicon. I am currently the Pacific Northwest Geographic Administrative Lead – Oregon, a member of the Incident Management Team and a course instructor for three capabilities of Team Rubicon.

CrossFit has made a huge impact on my life. I have a tremendous passion for both CrossFit and Team Rubicon. With both I can give back to communities and to help others in ways I would not be able to otherwise. Another bonus to being a member of Hub City CrossFit is that Simon, one of the owners, is also a Greyshirt. There are 5 other Greyshirts that are members of HCF. I am always recruiting for the Team!

We'd love to send you information about our pricing

Enter your details below and we'd be happy to show you our rates and explain them in detail!